I began working on these images in 2008. Riding trains at night up and down the East Coast, I experimented with long exposures and plastic lenses to transform and compress these lonely journeys with their various and specific experiences of motion and speed into abstract, dense single representations. Over time this evolved beyond inter-city trains to include local subways, private automobiles, boats, and aircraft.

Writing in “The Aesthetics Of Disappearance,” Paul Virilio describes a childhood game of the photographer Jacques-Henri Lartigue, who made “a trap for vision” by half-closing his eyes and spinning around three times. The acceleration of speed Virilio says “reduced his environment to a sort of luminous chaos.” I was inspired by the idea of this type of reduction and used it to inform the production of several new images as well as new chromogenic prints from older negatives. 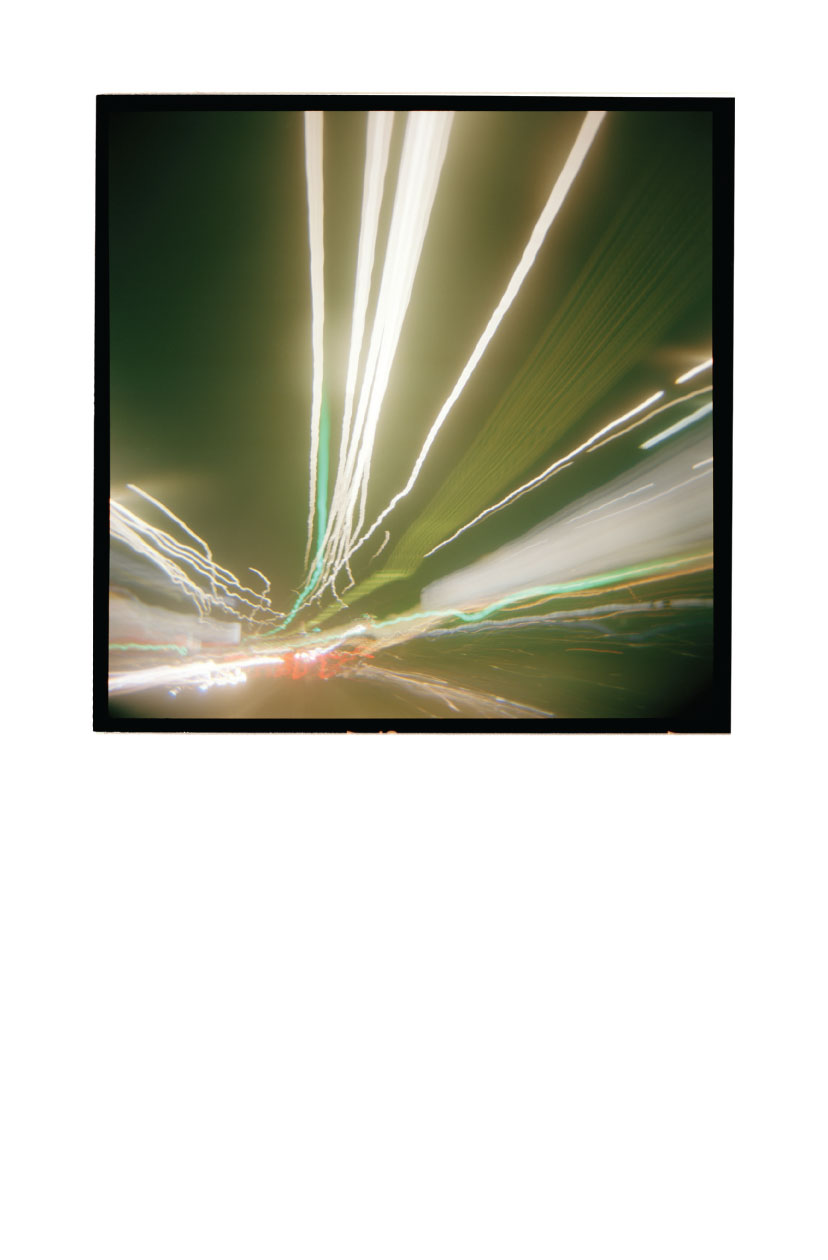 Do It With Flowers